Nikola: What is the role of the architect in a fight against climate change?

Philip: The statistics are well known, an increasing majority of the global population are living in cities. The environmental problems of planet earth are founded in the cities and the consumption of citizens. Architects have had their role diminished and are now assumed to be first and foremost concerned with physical objects but if you take the broader role of an Architect as a cross disciplinary problem solver then the architect is a key player at the heart of the solution of the environmental crisis. We are of course responsible for designing physical objects that function efficiently but more importantly when we are operating at our best we are creating environments that are conducive to efficient living and positive and frequent social interaction.

Environment sustainability is no more or less important than designing a building that is structurally safe.

Nikola: How important is environmental sustainability in your design? Give us an example.

Philip: I hope I speak for all architects when I say it is no more or less important than designing a building that is structurally safe. In others words it is a fundamental component of the design process. Society with the occasional blip is way beyond the stage of climate change denying. Our reality is that the world has reached a tipping point that demands a robust environmental response form anyone and everyone who is involved in contributing to the de-stabilisation of our sustaining systems. In practice this means the shopper should avoid buying products wrapped in un-recycable, non-bio-degradable packaging just as the architect must create well balanced buildings, the developer should consider the contributions that their developments can make and the law-makers need to pass flexible laws to nudge us all towards a more sustainable modus operandi.

Nikola: How did the relationship between the environment and building change over the years? How do you see its future?

Philip: Clearly the post war re-construction was characterised by a tremendous confidence in the power of science and technology, that means a sense that we had conquered nature and our past superstitions and could operate within the limitless possibilities of technological development. The developed countries embraced this approach whole-heartedly and the approach developed an un-stoppable momentum that was picked up by the developing worlds. We are still trying to turn the course of this massive supertanker. What is the new course? Using science, using our curiosity, using traditions, using AI to re-visit the technologies that we and other animals developed over millennia to exploit resources with the greatest efficiency.

Nikola: What is the best example of environmental sustainability in architecture?

Philip: A group of beautiful buildings supporting and forming the backdrop for a low energy, low resource, dense community enjoying and equitably sharing resources within a bountifully landscaped and convivial social environment.

There is no ‘one’ way of doing things and there is nothing that can be legislated that out-performs a bespoke, site specific inventive solution.

Nikola: What is one thing which is completely wrong in sustainable architecture?

Philip: Dogma. There is no ‘one’ way of doing things and there is nothing that can be legislated that out-performs a bespoke, site specific inventive solution. Law/Regulation making is a crude sledge-hammer of an instrument. We should be investing in policymakers and flexible laws that emphasise their purpose and not simply promote the latest fashionable technology.

Nikola: Recommend a book or a video on sustainable architecture?

Philip: Richard Rogers and I co-wrote Cities for a small Planet in the early 1990’s. It is a quick guide to sustainable thinking in architecture and urbanism. It aimed to relate the environmental crisis to the city but it also aimed to set out the social consequences of poor urban development and the possibilities of good design. When we tried to predict the future we talked about networked minds but had no inkling of the possibilities open to society today – possibilities that demand to be exploited to re-balance the planet’s systems. 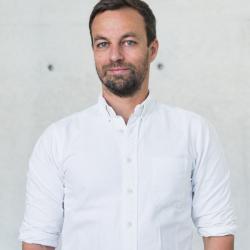