Architects and urban designers have been facing new ethical reality in New York. As the Director of Storefront for Art and Architecture Eva Franch puts it is how can architects retain “the privilege and responsibility to articulate and translate the collective aspirations of society, specifically for those not able to sit at the decision making tables.”

Housing in New York brings this new reality exposed, where “the role of the architect in the political arena has often been relegated to answering questions that other have asked” (Franch). And this is not only the newness affecting small and mid-size architectural offices, but also rising ones such as SHoP Architecture (Sharpless Holden Pasquarelli). SHoP started in a small loft located close-by the legendary Andy Warhol’s Factory in Manhattan. By today the office has skyrocketed to an operation of 180 interdisciplinary people. Rather than just provide services out of single source, this office has expanded its values followed by its semi-independent operations. This allows SHoP to be involved in high and low architecture at the same time and allow hybridity and versioning.

One such ongoing project for SHoP is Master Plan for Essex Street Crossing located at the Lower East Side, currently under construction. It is a challenge for this commercial office as the budgets may not match ongoing projects on a higher private level. Located in the area called SPURA (Seward Park Redevelopment Urban Area) filling five empty blocks used for parking. The land is owned by the city. The lots stand unused for more than four decades as the community resisted any commercial development without getting 50% of it affordable. For comparison, the usual rate of “affordability” in New York is 20% and less. Logically, for decades any attempt to capitalize on those empty lots was blocked by the residents in the area. The residents come from mixed origins and have been entrenched defending the neighborhood. Only when the professional class of Generation X started moving in the area, often with children, the compromise was made. The index of “affordability” is kept at 50%.

The controversial politics blurs what means market, social and what means affordable. By the book, the affordable housing is meant to allow people with mixed roots to mingle as working class affording an average home, while social housing is specific to housing accessible to those least able to fund themselves. Massive construction of near-empty condominiums results in the effect that the intention of the mixing of people has been replaced by the architectural separation of class and money. The new technology allowing for what is dubbed “thin towers” is the new acupuncture urbanism of Manhattan. Residential towers looking as thin as needles in a dense block urbanism of New York take the global wealthy to the clouds.

To remediate that effect SHoP is addressing the gap between market and affordable housing by arranging clever cohabitation of classes by gradual planning. The typology SHoP chose is a hybrid of city block base and towers for living which allows for the social mix. Erecting a massive six block hybrid of housing, shopping, and work the hope is that social segregation will fade. The challenge for SHoP is admiring as the social balance rarely turns the way intended. The market always defragments the city as if it is a hard disk from two decades ago.

The intention is noble. SHoP is building large housing complexes all over New York. They have developed soothing standards for this type of housing that differs from other high tech projects by the office. Housing is made of less precious materials such as bricks or thin clay that appears like a brick, while plinths that are commercial and maximizing the footprint of the building to the street are glass, wood or metal.

What does this do for architecture? Lower East Side is for the long time haven for artists, designers, and small sized architectural practices. Dutch artists Bik van der Pol, working with Creative Time and Google painted letters to be seen on Google Maps. Bernard Tschumi’s “Blue Tower” made a local “earthquake” by buying air rights all around, meaning the odd shape and color of the tower will stay there for a life span at least.

For SHoP Architects this creates a challenge to use the ready-made typology of plinth and low tower, the strategy from the 1990’ used in Uptown Manhattan. Will this re-application act like gentrified Upper West Side (think of Friends or Seinfeld). Or will this new development keep the balance that was intended.

This is where architecture and ecological engineering can meet social equity by reaching to all segments of urban society. This is not only about a technological solution. It is about how this technology will be used as a tool for making out both socially and technologically better mix of society. SHoP’s clever design only adds to it, as great architecture should do. 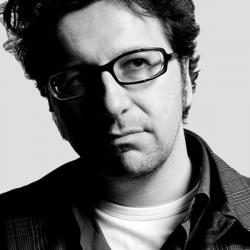